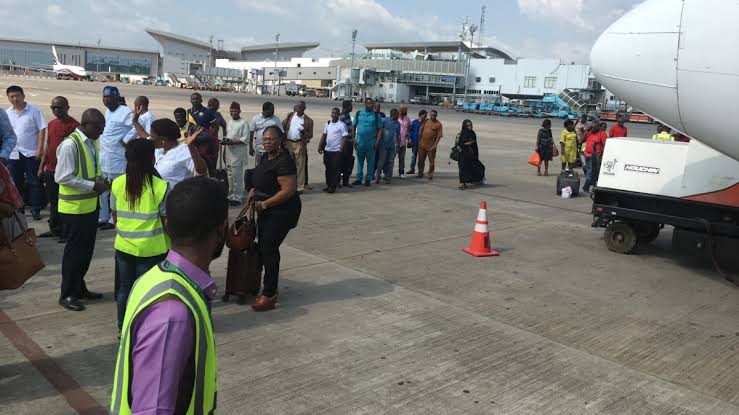 Local airlines in Nigeria have increased their minimum fares from N50,000 to N55,000, just three months after the initial hike.

In February, air operators increased economy class tickets to N50,000, on average an increase of 100%. Traders cited the skyrocketing cost of AW jet fuel and the unavailability of Forex to buy the essential commodity in the international market.

“Increase in aviation fuel affects ticket prices and sales. Not everyone can afford N50,000 minimum fares and increasing these fares to N55,000 and above affects attendance of passengers,” Ms Onyeka said.

She explained that apart from Green Africa, which operates on a low-cost model with ticket prices ranging from N35,000 to N40,000, other airlines now charge a minimum of N55,000 per flight.

Earlier this month, airline operators threatened to close domestic flights after aviation fuel hit N700 a liter. It was selling for around 190 naira per liter before the crisis started.

However, the House of Representatives decided last week that six million liters of aviation fuel would be sold at the rate of 480 naira per liter to airlines for the next three months to avoid a further breakdown of operations in the aviation industry.

The lawmakers also instructed state oil company NNPC and the Central Bank to provide necessary assistance and asked airline operators to appoint distributors of their choice to supply them with aviation fuel over the next three months.