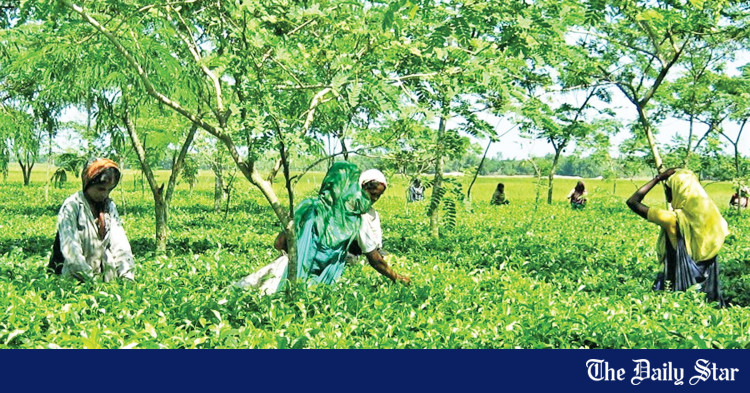 Tea production in the northern region started from March with a target of producing 18 million kilograms of processed tea this year. Last year, a record 14.5 million kg of tea was produced in the northern plains, making it the country’s second largest tea producing region after Sylhet. Photo: collected

Tea production in the northern region started from March with a target of producing 18 million kilograms of processed tea this year. Last year, a record 14.5 million kg of tea was produced in the northern plains, making it the country’s second largest tea producing region after Sylhet. Photo: collected

The minimum price for raw tea leaves grown in Panchagarh was set at Tk 18 per kilogram (kg) on ​​Wednesday following recent protests by local farmers demanding fair value for their products.

Tea farmers in the district had gathered at the Sher-e-Bangla intersection of the Panchagarh-Dhaka highway last Sunday to protest against the low prices paid by processing companies during the current harvest season.

For all the latest news, follow the Daily Star’s Google News channel.

They also alleged that the companies reduced the weight of tea supplied by 15-40% in order to save on purchases.

In this context, Md Jahurul Islam, the Deputy Commissioner of Panchagarh, summoned all relevant stakeholders to a meeting in his office on Wednesday to set a price for the raw tea leaves. Islam chaired the meeting, dubbed the Panchagarh District Tea Leaf Pricing Committee.

Mamun said the tea production season is considered to be the period between March and December.

About 20 tea processing factory owners in Panchagarh and one in Thakurgaon and Lalmonirhat started buying raw tea leaves from March 1 at prices between 22 and 26 taka per kg.

But the price dropped drastically to 12-14 Tk per kg just two months into the harvest, pushing growers into a sharp turn in the process.

Factory owners reduced the total weight of tea leaves supplied by farmers by 15-40% under various pretexts and as a result, producers received less than Tk 10 per kg for their products, which was far less than the production cost.

Finding no alternative, the small tea growers took to the streets to get fair prices and then submitted a plea for it to the Deputy District Commissioner.

Tea growers provide leaves as required by tea factories, which cannot reduce the weight after receiving the leaves provided by growers.

However, plant owners can reduce the weight by up to 10% if the leaves are wet, he added.

Responding to a query, Mamun said that since there is no committee to set the price of raw tea leaves in other northern districts, factory owners in adjacent regions will follow the same price as Panchagarh.